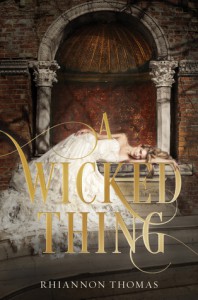 Sleeping Beauty has to be one of the laziest fairytale characters.  All she does is sleeps…

But I slept in this book.  It made me tired, the sad thing is, when I started it I was excited.  There were a lot of things about it that I liked, but in the end.

I was so bored.

I think part of this one’s problems is that it really is falling into the popular trend of fantasy novels right now.  True, it has the fairytale retelling (or post fairytale) going for it, but it still wasn’t really that original in the grand scheme of things.

However, before I become a complete Debbie Downer, I will say that the book had some things going on for it.  Even though I had a lot of issues with Aurora, I did like that there was actual character development and there was no insta love.  Really, the romance is very light if even there at all.  Or the one potential love interest was so blah, it made the romance seem non-existant (I did not like Tristan, okay).

As for the guy who wakes her up…total bore.  Personally, I’d go for Prince Finnegan if I was going to go for anyone in this book.  But that’s not saying much.

But the lack of romance really didn’t bother me. I did like what Thomas was attempting to do with the Aurora character.  And it’s true that not all the time she was successful-the character could at times feel a little young and passive to my liking-a lot of times she was a success.  I liked how she doesn’t gloss over the fact that the character has experienced turmoil in her life and she actually has her mourn her family.

Lots of death in YA doesn’t go mourn, so that was nice for a change. Though an additional death in the novel, was barely looked at.

There were lots of things I didn’t get about this book though.  The world building was a bit messy.  As I previously stated, this book shares a lot of elements with other YA fantasies right now.  There’s a kingdom in disrepair, magic has left the area, our heroine is a long lost royal and it’s up to her to save the world.

And of course, nothing is explained.

And there was no good end for a lack of explanation, other than to have a sequel.  That made it worse in my opinion.

That seems to be a big issue with a lot of YA these days a lack of world building for the sake of a sequel.  I can only imagine how the editing process goes:

Editor: Here are your edits.  I am suggesting that we remove seventy-five pages of world building so that the reader will buy a sequel.

Author: It’s the ending to Sleeping Beauty, there shouldn’t be a sequel.

It probably doesn’t quite go like that, but it’s probably similar enough.  There are some books that do not need sequels, and I believe this is one of them.  However, the fact that the book moves at a snail pace and gives hardly any plot away makes it where it has to have a sequel.

I’m not stupid.  I wasn’t born yesterday, Thomas.  And to be honest stunts like this make me almost feel cheated as a reader.

Arguably you could make the case that the book was more or less an exploration of Aurora’s character and I could almost buy that argument till the end.

But yeah, not impressed.

Sleeping Beauty is probably one of the harder fairytales to re-imagine if you think about it.   You have a main character that spends most of the time sleeping.  So yeah, Thomas did add dimension to the Briar Rose character, but at the end of the day I still wasn’t impressed by this one.

Maybe it will grow on me more when the sequel comes out.  The thing is, I really don’t know if I’m going to read the sequel.