Confessions of a Skipper 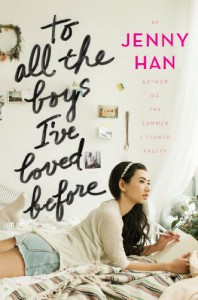 You know, Barbie’s less pretty and less talented sister.  The one Ken never notices because my boobs are a little more anatomically in proportion though I don’t have optional zits or cellulite like Lammily (or as Barbie calls her Lame-y) and have waay better clothes than her too.

Still though, it reeks that I can never get Ken. Even though he really has nothing down there-when your plastic it doesn’t really matter.  Or for that matter, really get noticed because I’m not as fully enhanced as one Barbie Doll.

Recently, I read this book that totally got to me down to my inner plastic core. To All the Boys I’ve Loved Before could totally be my story ya’ll.

Remind me to write letters to Ken and have Kelly send them out the next time Barbie decides to be a bitch and dump his ass.

He’ll totally want me then.

But then a new guy will come, like an Iron Man doll who’s all snarky and then I’ll be in a love triangle and it will just be great and I’ll be like.  How do I choose?

Lara Jean is my idol.

Most heroines in YA are too nasty.  But Lara Jean is as sweet as sugar and you can totally tell she’s never had to deal with an actual boyfriend before or really anyone before.  She doesn’t even know how to drive without freaking out which means she’s totally age appropriate to every demographic TM!

She probably doesn’t even have boobs (like moi) which makes her even more appropriate than Barbie.

And yeah, she talks sort of young but who cares…I might be technically forever fourteen but that doesn’t mean a four year old can’t play with me.

Four year olds would love to play with Lara Jean and Joshy.

That’s so cute that she calls her Ken Joshy.  I must start calling Ken, Kenny!

A girl can only hope.

This book is really like one big wish fulfillment for girls like me.  I can just imagine how wonderful it would be to be like Lara Jean and discover once your prissy sister goes to college that all the boys like you.

I really liked how this book kept pointing out how Lara Jean was half Korean in the most superficial of ways.  Because who cares how your culture effects you.  Just dress as Cho Chang for Halloween, eat Korean food, and talk about how being Asian sucks because your short.

Those are the things that matter.

In the Barbie world that spells out diversity.

So snarky and he cheats on a test way back in the seventh grade.

I’d never want to be with a boy like that.

We don’t do that at the Barbie Dream House.  And neither does Lara Jean which made this book even better.

If you’re like me, made out plastic, and have had no life experiences whatsoever you’ll really like Lara Jean.  If not then, well, obviously you don’t belong in the dream house.

Overall Rating: C a horrible main character, but a decent love interest and an easy going enough plot.  Don’t know if I’ll get the sequel though.  I’ll probably library it