So, it’s the final stretch in this binge read.  Next month the middle grade spinoff series will out and then in June Royal Wedding will come out and I won’t talk to you because I’ll be too busy reading and wondering why can’t I write swoon like Meg Cabot because God…Michael Moscovitz (though, I still think Jesse de Silva is the ultimate Cabot man).

I will say, that rereading this series was fun.  I got to revisit books that really helped me get through my teen and early college years.  While there were some aspects of the series that were a little lackluster, overall my appreciation for the Diaries series still remains.

My Favorite Book Of All Time In This Series: A Lot of People Hate It

Here’s the thing about this one.  A lot of people hate it.  And I get it, but I really think that this book in the long run made the series.

Yes, the breakup was painful.  But it really was inevitable and I think in the long run it strengthened M&M.  The thing is, when I first read this book I was ready for Michael and Mia to break up.

Yes, them breaking up was like a getting pushed into the fountain scene for me. Sad and sick but true.

I love the couple, but Mia was grossly immature at this point.  And thankfully, Meg showed that the immaturity had consequences.  I don’t think that’s something that is often seen in YA.  That being said, I wasn’t exactly a fan of Michael in this one either.

He really should’ve been more open about his sexual history than Mia, rather than to

have her make gross assumptions.

I.E. I think he should’ve brought it up in book six.

It makes him human though, so again I think it was good characterization.  But I see lots of people putting the breakup entirely on Mia.  When I really think it was both of them-though mostly Mia.

Reading the series again, the JP plot becomes blatantly obvious.  I don’t even know why I shipped Jia way back then.  Probably because I was sort of done with M&M and maybe I was suppose to ship Jia at that point.

The book was surprisingly fast to read.  I think it’s only a few pages over two hundred pages or so.  Definitely one of the more thinner volumes, but then again I don’t think this is a volume where you really want to get into Mia’s head that much.

She is at her absolute worse here.

Lilly, as annoying as she can be, is actually a very sympathetic character.  I think because Mia is just bat shit insane in this one, that you can’t help but feel sympathy for Lilly.  Though, I’d think she’d get a clue about JP.

Overall, this is a very well written book.  While the break up is heart breaking it needed to happen and I thought the way it was done was well done.

Overall Rating: An B+ I liked this one while a lot of people hate it.  Whatevs :P  I’ll admit though, I thought parts of the book could’ve been fleshed out. 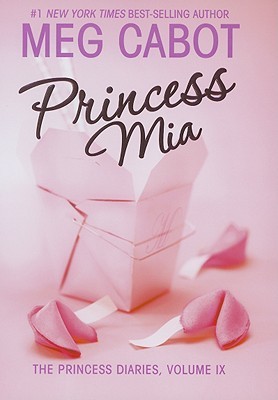 This was a really well book except…

She was only in her pajamas for a week.

Try living with someone who is clinically depressed and then try saying Mia is depressed.

That’s from my own personal experience though.  Maybe if I hadn’t grown up with someone who suffered from depression, I wouldn’t have mind Dr. Knutz evaluation so much.

And Mia’s parents, you really didn’t need to send her to a shrink.  My parents would’ve just dragged me out of bed and threw me in the shower with my Hello Kitty pajamas on.

Oh, and took my door off when I was in the shower.

Or they would’ve just made me go to school in my pajamas.

And if I ate all the leftovers and the Chinese food my sister would’ve probably decked me.

Mia has it easy.

That being said, while I thought a depression diagnosis was a little out there, one thing that I wish was addressed with Mia’s anxiety issues.  But Dr. Knutz’s just kind of ignores that.

He really annoys me.

Then again, most shrinks do, so he was probably in character on that.  Or as much as you can make a cowboy shrink be in character.

I think what I liked about this one that it was really thought provoking.  You had the mental illness factor and then the whole democracy for Genovia.

All I can say is thank God for them because can you really imagine Mia as a leader?

As much as I appreciate the idea of a giant cat rescue palace, it’s not exactly going to help a country’s GDP grow.  Or for that matter, not getting in a war with Monaco or whoever about olive oil prices.

Genovia really dodged a bullet there.

I found the whole cover up with the grandmother and father a little eyebrow raising and wish we would’ve had another book or two to go through this.

But again, there was a lot of good stuff here.

I didn’t even mind the Jia stuff here.  Though, it does make me sort of sad that they seemed sort of cute and enjoyable in this one and then…well, read Forever Princess.

Overall, I gave Princess Mia an A-.  It had it’s issues.  But I like what it’s trying to do.  And it’s probably one of the stronger Princess Diaries book. 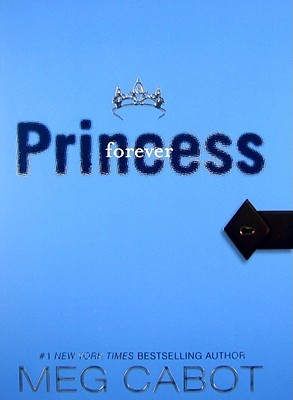 If I was to give my initial rating after reading this one it would be A++++++, however, once I sit on this book I feel a little differently.  There are some definite structural issues with Forever Princess and I really think the series would’ve been better with an additional book or taking one of those sophomore slump books out and making a book that took place in late junior early senior year.

It’s just really hard for me to buy Jia as an established couple when they haven’t even had a whole book together, versus five or six books where Michael and Mia were exchanging saliva.

Tell him you loathe him Mia, tell him. And find Michael. The movies can’t end with this guy.

It’s just really puts the odds in favor of M&M which sort of makes watching the love triangle plot a bit trite.

And yeah, I love M&M but them getting back together is predictable.

Oh, I enjoyed it.  But I remember at the time just sort of eye rolling because predictable.

You’ll still swoon though, predictability aside.  And there were so many nice things about this book that it makes the problems a lot easier to deal with.

I’m still not over Lana Weinberger being Mia’s b.f.f. even though I did like some of her remarks.

I hold grudges a lot longer than Mia does.

I think it’s one of the reasons I went law school.  Lawyers have to hold grudges for a long, long, time.  Cases last for years.  And you have to find something to bill your clients over…which is probably why Lana and I never quite gel.

Luckily for her, Mia is not a lawyer.

Lilly should think about being a lawyer though, come to think of it.  But even she’s somewhat of a human in this one.  At least there’s some logic behind her a-holeness in the last book.  Though,  I really wish someone would’ve decked her for that site.  Or maybe Mia could’ve written a Lifetime movie about it.   Bullied Princess I could totally see them making a movie of that.  But alas, her misdeeds are mainly swept under the carpet (though apparently Michael dealt with her-good).

As for Michael, he seems to have only gotten only hotter in this book.  Cabot compares him to Christian Bale’s Batman  at one point.  From a nostalgia perspective, this is particularly hilarious considering Anne Hathaway played Mia Thermopolis and then went on to play Selina Kyle who was Bale’s love interest in the last Batman movie.

So in a weird way M&M is BatCat even though the ships are waaay different (though it totally gives someone an excuse to put together a fandom M&M video using Hathaway and Bale clips, just saying).

Despite it’s issues, Forever Princess is a feel good treat.  B+

Next month I’ll be meeting Olivia Grace.  From the excerpt I’ve read it seems she’s basically living in a cupboard with Aunt Petunia and Uncle Vernon.  Only instead of Hagrid rescuing her, I’m betting Grandmere does.  Okay, that’s a scary thought.