Toto, We're Not in Smallville Anymore 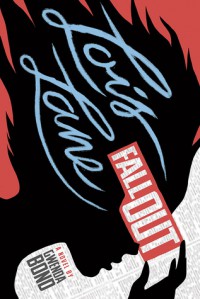 Lois Lane is one of the best and one of the worst characters in comics.

It really depends which version you read and whether she has to be rescued by Superman all the time versus calling Clark Smallville and mocking his Smallville ways while using an uzi.

My first exposure to this character was in the early 90’s when Lois and Clark the New Adventures of Superman aired.  I wasn’t that old to really appreciate the show-I have sense watched it in reruns mainly to be amazed that Terri Hatcher used to not looking like a walking skeleton and to of course do some pre-Lifetime Dean Cain staring.  That show though, really did focus on the character Lois and despite her not realizing who Clark is idiocy she is pretty savvy.

Flash forward to about fifteen or so years later when Superman Returns came out.

That Lois Lane was…lame.  About as lame as the bad dye job that Kate Bosworth had in it.

The thing with Lois is you have to remember she kicks ass, even though out of all of the characters in the Superman mythos she’s probably physically the weakest (with the exception of maybe Jimmy Olsen), but she has mad skills that puts her on a level where you can actually see her with Supes.

Though after that  “World’s Finest” episode in the animated universe, I oddly like her with Bruce Wayne.

There’s no teenage Bruce Wayne in here to lust over.  Or really even Clark Kent.  While Clark is obviously Lois’s online friend, she doesn’t know it.  And I kind of like that twist.  Plus, it really allows Lois  to be centered change.  And even though Clark’s not physically there, we still get the banter (well, sort of).

None of this though, unfortunately

I liked Bond’s version of Ms. Lane though there were some moments she felt oddly cartoonish-oddly throughout the entire time I had Dana Delany’s voice in my head (she played the animated Lois).  That wasn’t necessary a bad thing, but there was just something that felt unrealistic about the whole thing.

Yes, I  get it’s fiction.  But I like my superhero mythos having a tad bit of reality in there at least where I can relate to the characters.  Some of the things Lois does….shudders.

Then again, this is a character who will have to be rescued from falling out of a building like fifty odd billion times.

I did wonder though if the characterization here was done like this on purpose.  To be authentic to the source material.  It was a very strange thing to read.

The overall plot of the book was pretty ludicrous too.  To be honest, that didn’t bother me that much because Lois and Clark the New Adventures of Superman got pretty far out there in the alter seasons too (don’t ask me about Smallville, alas I never got to view it since I was usually practicing my flute at the time and am not usually up or around to watch reruns on TNT).

One thing I did like about this version is that more focus was put on Lois’s relationship with her friends and family than romance.  There’s definite sparks between her and Clark, but they’re not going to be making out any time soon.  And I’m okay with that.  Honestly, with the way the relationship was written it could’ve been weird if it was written in more detail. As it stood, I really liked the banter.

There really was something off with this book that I just can’t pinpoint what it is.

I really did enjoy it though, flaws in all.  There were some nice throwbacks here and there to various Superman media.  And Lois didn’t fall out of a building.

So, Bond right there you have a plus on most versions.

If you’re a huge Lois Lane fan or Superman fan you might want to give this one a whirl.  If it was written as it’s own thing, I don’t think I would’ve found it as entertaining as I did.  But for what it’s worth, I didn’t regret my purchase.