When Regina George Goes to Prom 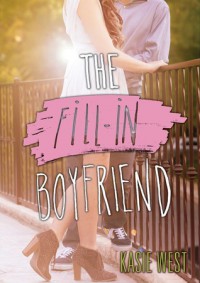 I really liked the Kassie West books I’ve read, but I haven’t loved them like so many people do.  The Fill in Boyfriend had so many things going for it, but at the end of the day it didn’t wow me and I did have a few issues at it.

That doesn’t mean I wouldn’t recommend the book.  For a quick light hearted soon to be forgettable read, I say go for it.  It’s a nice story.  Perfect to read for a beach read, but there’s nothing really memorable about it.

There are better contemporaries out there.

But it’s not bad.

I liked the character progression of Gia for the most part, and Not Bradley was a pretty swoon worthy guy.  And I think the romance really worked for me.

In fact, it was probably the best thing about this book.

But there (obviously) were things that didn’t work for me. Mainly, the fact that a lot of the supporting characters were assholes and there was a lot of girl hate in this book.

While I understand that a lot of these secondary characters weren’t going to be perfect people, what I didn’t get was that we saw no explanation or no consequences for their a-holeness.  In particular,  I really couldn’t stand Jules and Gia’s brother.

But in the end, the brother barely gets a slap on the wrist for doing something that pretty much traumatizing and Jules well basically gets her cake and eats it too.

And yes, I know it was realistic to a degree.  But I’m reading I want some consequences where something bad happens to horrible people.

I just felt like all the consequences were thrust on Gia, and a lot of the time she didn’t deserve it.  While she did do some stupid things, she wasn’t horrible like many of the above mentioned characters.  So THAT’S what I had a problem with.

I also hated the girl hate in this book.  Yes, Jules is a jerk, and I hated her, but I hated how female relationships in general were treated as if everyone is some sort of frenemy with each other.  Why can’t there be healthy female friendships in this books?  It felt like all the female friendships, save for maybe the tentative one that one that is formed between Gia and Not Bradley’s sister at the end of the book rely on the good old Mean Girls trope.

Whatever though.  Other than those two issues and some utterly groan worthy predictable plot twists ones, it was okay and what I expected.  Kassie West can write a good romance it just doesn’t hit the same swoon levels as say Meg Cabot or Stephanie Perkins books do.