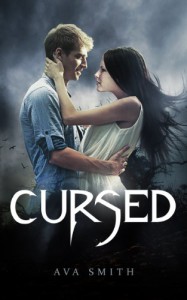 Breaking News: I'm going to be MJ's new co-blogger.  Because there are lots of books she can't review 'cause she'd be kicking a puppy and well...I'm a puppy so it's okay for me to review them.

Oh, I know.  Everyone loves me.  It doesn't help that I'm going to be a puffin for Halloween the world's cutest animal.  I love puffins.  Oh wait, MJ says my costume is of a toucan.

I told her I wanted to be a puffin.  It was a slam dunk win for the pet parade cutest pet contest.  Not that I won't win anyway, but it would be so much easier if I was a puffin.

MJ says I need to stop whining.  That people find whining annoying.  But I think it's cute.  And if she wants me reviewing this book for her.

Okay, I guess I have to do it.

But you better vote for me for cutest puppy.  And the contest better not be rigged like it was at her law school when she dressed me as Inmate Patty, I so know I deserved to win there instead of that cute fluffy dog.  Seriously, fluff balls are overrated.  So are the little dogs I live with....

MJ just gave me a milkbone to concentrate.  One of the things I hate to do is watch MJ's sister practice for auditions especially when she's practicing the Swine Lake (oh, MJ says it's Swan).  I just think of birds which makes me think of my friend Daisy who's a German Pointer ( a bird dog and my hunting buddy) and how we like to go to the pond and...it's a ballet where birds are people and therefore Daisy and I can't torment them.

This book is a modern retelling of that ballet without that freaky Natalie Portman lady in it, but I sort of wish she was since it would make the book a little bitty more tolerable.

As it stands now, all the characters are about as dull as my brown blanket which I really hate because it isn't orange.

Sarah and Daniel though, they're like Barbies pretty and perfect.  Oh, wait, Daniel was sort of stupid.  But men in YA or should I say NA since they are above the age of majority even though they act like toddlers.  Though they can't help that they're pretty and plastic much like I can't help that I am emotionally crippled from being abandoned.  Seriously, how would you like being kicked out of your house without your orange blankie.

And so what if you're new family got you about twenty new blankets, a house, and nursed you back to health when you were suffering from heartworms and a nasty kidney infection it was STILL your first orange blanket!

Yeah, they sort of suck as characters.  All I know about Sarah is that she's pretty, though not as cute as me.  And Daniel is tall and likes to suck up his father's money and is marrying some lady named Claudia who probably buys food that sucks (celery).

The ballet part though, surely, the ballet part made up the book?  I used to watch Bunheads with MJ and her sister every week until it got canceled.  As crappy as some of the episodes could be, the ballet and tidbits about ballet life made up for it.  The ballet life here reminds me of a lot how you'd think of ballerinas when you're like four.  Sure, Sarah had feet that hurt but other than that.  No she wasn't a prima ballerina.

I mean, who goes to matinées (cheap people or people with little kids).  The star of the show is usually less likely to show for a matinee than to the evening show.  And there is no way in hell a ballet company would let her get away with that shit. Especially if they want a profit to be made.  That's just bad business sense.

And they talk about how the other Beagle knows her multiplication.  Well, I, Patty Beagle, figure out problems in books.   So screw you, PJ.

Besides, the very weak characters and research on ballet, the plot was weak almost non-existant.  Which is a shame because hello...Swan Lake was a tasty picture book.  I really loved it.  And MJ says she's still mad at me about it because it was one of her cherished childhood books.

Oh, get over yourself, MJ.  Can't you see my welfare is more important than a stinking book?

She is such a bad owner.

There's really no world building whatsoever.  Sarah just turns into a bird swims around for awhile, makes a couple of bird shits, and then turns back into a human.  What about the Swan Maidens?  Or the enchanter?  Those things never make an appearance.  She and her uncle just go the lake turn to birds swim, shit, and turn back.  Oh, and they probably eat bird food too.

So yeah, yawn fest.  It probably didn't help that Smith has no comprehension of comma rules and I kept wondering is she was using Madonna English.  The book, set in the UK, really didn't feel like it was in the UK despite the fact that there was some British English dropped in there.  But at the same time....I don't know.

Was there anything nice to say about this one?

Um, it was short and you could borrow it for free, so no waste of money there.  But MJ is just tired of dealing with this.  Before she paid me off in snaps she was tempted to write an editorial about how Amazon should focus it's efforts on making sure that its self pub program excepts on quality work.  Instead of, you know, banning books that talk about sex and are a little bit more violent than an episode of Batman.  Is it that difficult to believe that an author should either use a proofreader or be able to proficiently proofread his or her own work?

On the Patty scale of  horribleness I'm giving this one a one.  It took an interesting subject matter and shitted on it.  Sad thing is, there are worse books in the genre out there.