Great Scott, Get a Tardis Already 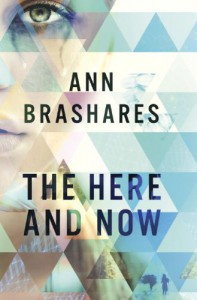 Time travel should automatically be a win for me.  I mean, it has worked several times before.  With movies such as Back to the Future and shows live the ever awesome Doctor Who but when the lady who wrote a chick lit novel about a pair of Goodwill jeans writes about time travel.  Well, someone needs to go back in time and have a chat with her and stop this nonsense.

Unfortunately, I am not a time lord or a companion of one so I don’t get to do that.  And as for Doc Brown, well, he doesn’t interfere with the timeline (much) and if he read this book he’d just see what a big mistake this is.

The book sort of gives you weird mix messages of whether or not you are supposed to mess with the timeline.  One minute you are the next….well, you’re not.

And after hearing about Doc Brown and Hermione Granger go on about how the past should not be changed, I don’t want to hear a wannabe cult leader for a wannabe Lifetime movie do the same thing.  But that’s what happens in this book.

Basically, our main character, Prenna, has always been the fringe on her  time traveler group’s rules and things get out of hand when…you guessed it because of a boy.  And a wise old man who looks like Ben Kenobi of all people and sends them on a quest.

Despite being a packages author with rather interesting  history that raises eyebrows about how she gets her ideas, I enjoy Brashares books.  I think her writing style for the most part, overall, is fairly strong.  True, I haven’t been a fan of the last pant book (seriously, what were you thinking doing that) and I didn’t like its spinoff with those dweeb willow sisters, but I’ll admit Brashares technically can string two sentences together and has shown at times to create decent plots.

However, after reading Here and Now, I am really starting to question those thoughts.  This book really reads like it was written by a freshman writer with a bad editor.

Plot wise, well…Plot holes a dozen fill this book.  I’ll give you the most obvious one: the community which Preena lives in lacks basic resources to solve the issues facing them so much that medicine in the past is more advance than the type of medical care she has in her society, but they have time travel?

When you come up with an explanation for that one, I’d like to hear it.  Of course, the end the big reveal sort of explains it. Sort of being emphasized on because the time travel still really shouldn’t be possible if…let’s just say there should be some butterfly effect.

And before you say that maybe there’s not a butterfly effect in Brashares ‘s world and maybe it takes more of a Who type theory to time travel…well, no read the book.  There is a freaking butterfly effect that really makes no sense if put in context with this example.

I could sit dissect the horrible plot holes all day, but we have characters to talk about now.  Most notably Prenna.

Where do I start with this one?

I think the best way to describe Prenna is dumb and weak.  This of course is cured because of a boy.  It’s always a boy.  But until lover boy came, she just lived in a world where she knows, she actually knows, that is corrupt.  And she does nothing, but sits on her ass.  Of course, Brashares tries to make it look like Mr. Robert and Ms. Cynthia are dangerous people, but in the end one big blackmail threat and they’re taken cared of for the most part.

With the way these people were being described earlier in the book, you’d think that there would be more fallout.  And the whole you can’t get medical treatment thing.  Oh, God, that really pissed me off. It reminded me of all those abusive weirdos I had to read about in Crim Law who got charged with manslaughter for letting their kids die from the flu or something mundane that a shot of penicillin and common sense should’ve taken care of.

And the other baddie, well, Biff from Back to the Future made a better villain.

Then there is the world building itself.  In addition to ridiculous plot holes, the time traveling technology is never explained.  How these morons got chosen to go back to the past is never explained.  And well, the fact they’re doing fucking nothing makes no sense and acting like  a bad Lifetime movie’s crazy cult just annoyed me.  That added with terrible pacing that involved a tutorial on how to play Heartsthat was completely wrong (you can’t play hearts with just two players and for that matter running doesn’t mean you automatically win the game just the hand) I’m just annoyed.

Disclaimer: An ARC was provided via Netgalley.  It did not effect my opinion in any way.