With a Name Like That You Should Only Be Glad They Don't Work As a Welder By Day, Stripper By Night, But Saving Up For....Never Mind 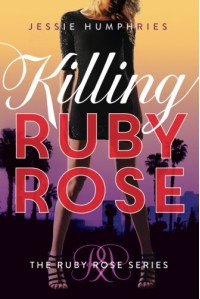 Funny story, my dad wanted to named me Ruby or Pearl.  My mom objected and after reading Ruby Rose I can see why.  Full disclaimers though, my last name isn’t Rose so being named Ruby wouldn’t make me have a stripper’s name like the unfortunate protagonist of this book has.

However, her name isn’t the only issue that Ruby Rose had.

The fact that she likes to name every inanimate object in sight shows sever psychological problems.  The fact that she has a Batman complex but kills like The Punisher (but a lot lamer)  also indicates psychological problems.  The fact she goes on  monologues that’s syntax eerily reminds me of a particular scene of the RDJ Holmes movie gets inner book Hulk on.

But nothing, nothing, gets my inward Book Hulk on than having a character try to play lawyer and failing quite epically.

It doesn’t help matters that the author is an actual lawyer.

Yes, I get that the book takes place in California and the law (and admissions process) is different there, but some of the stupidity such as say retroactive prosecution just boggles my  mind.

Seriously, any competent lawyer is NOT going to talk about retroactive prosecution on CNN of all things.

What do I know though…

Oh, wait I am a lawyer.  But not a book lawyer.  And book law is completely different from real law.

Because instead of LexisNexis,Westlaw,  or a law library Google is your number one choice when it comes to black letter law.

Of course, Ruby Rose isn’t a lawyer.  She’s a high school kid who has legal arguments in her head about her mother-who’s apparently a bitchy D.A. even though it’s a bit to the contrary.

I feel for Ruby’s mom.  I mean, she has a lot of shit to deal with.  With a homicidal daughter who has no impulse control and personifies even her worst pair of shoes.

Ruby is just an unlikable character.

I had to DNF the book because I couldn’t handle her voice anymore. That and this book was just really pointless.

Fifty percent in and I just couldn’t handle it anymore.

The plot was beyond ridiculous almost as bad as the main character.

I had a feeling that this book was written half assed just to sell.  I might (and I hope) that I’m wrong, but that’s my opinion on this one.  I felt like many of the so called “quirks” in this novel were merely used to sell a product-the four thousand names for inanimate objects is a perfect example of this.  It just didn’t seem genuine.

Same with Ruby Rose.  I felt that Humphries just  tried to create a character that she knew would sell.  Ruby Rose tries so hard to be Veronica Mars it’s almost funny that she fails epically.  Because I don’t recommend forcing yourself to read this book I’ll give you five ways that Ruby Rose fails as a Veronica Mars stand in:

1) She doesn’t have a brain: Seriously, who would go head first to confront a serial killer/kidnapper.  And yes, I know she sort of calls the cops.  But she knows they’re not going to get there right away and purposely hangs up on them.

2) Is a hypocrite: Veronica Mars would never say it’s wrong to kill especially after she killed two people with little to no thought a few pages before.

3) Fall instantly in love with a bland idiot: Veronica and Logan shippers will attest to this.

4) Obsess about Prada shoes: Unless there was something relevant about them.

5) Have Random Sherlock Holmes Monologues: Veronica has her own monologues that actually sound like they’re from this century. And they don’t have a Holmes-ium rhythm to them.

To be fair about the Sherlock Holmes-ish monologues they are different enough.  I don’t think Sherlock would say anything about Prada, but it’s still unnerving in the pure syntax structure.

Overall, I can’t recommend this one.  The only reason I read it was because I read a friend’s review a few days ago and thought it really can’t be that  bad.

One huge issue I have with YA novels that will give you an automatic deduction of at least two grades, is talking down to the audience.  And this book does it.  I know that YA novels are targeted towards teens, but teens aren’t stupid. They can be talked to like regular adults. This book just talks down to its audience.  That and some of the erroneous statements about the law it makes just rubs me the wrong way.