If The Swan Princess and Twister Had a Baby 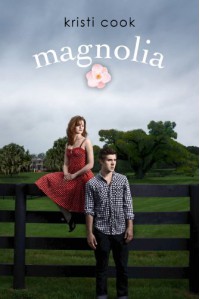 Disclaimer: I live about ninety minutes from the Galveston which means I’ve had dealt with my fair share of tropical storms and hurricanes. That means some of the mellow drama that is in Magnolia does not fly with me.

That being said, despite the severe amount of melodrama, eye rolling, and cringing I did enjoy Magnolia.

I think what made Magnolia work more than not work for me was the formula.

Shocking, I know. But despite the ridiculousness of the situation Cook uses the formula well.  For one thing, her characters are pretty well formed.  This is better than most disaster stories out there (see any movie directed by Roland Emmerich). Still though…when I closed Magnolia  I felt a little bit manipulated.

Let’s talk about the good first.  As I said, the characters were pretty well formed.  They have backstory and I was able to tolerate Jemma throughout most of her narrative.

As far as love interests go, Ryder’s not that bad.  There’s several mind candy moments and he wasn’t that big of a bonehead.  Really, it was Jemma who had the bonehead moments.

The side characters were alright for the most part too.  The one character I did have a problem with was the quasi love interest Patrick.

He’s almost like a bad PSA.  I don’t want to go into too spoilery of details, but let’s just say I really wish Cook would’ve handled this subject matter in a more realistic manner instead of demonizing it and giving you a big after school lesson.

God, not everyone who…

Yeah, not going to go there for spoiler purposes.

Let’s just say the way she hammed up this particular character defect of Patrick’s was just how the whole hurricane plot was handled.

Let’s start with the school evacuation.  That would so not happen.  When hurricanes Ike and Rita hit my area, let’s just say we were out of school way before the hurricane even hit.  Actually, it was sort of ridiculous just how early we released.  There is no way that a school would be open the day the storm hit.

What else was ridiculous?  The whole handling of the storm.

There were some parts I thought were handled really well, but there were other parts that made me just want to hit something.  For instance, I wanted to see more storm prep.  It seemed like these two kids had no problems buying bottled water and bread-note, never go to Wal-Mart that’s in your town two days before a storm hits.  You’re likely to lose a limb or something.

Trust me, I’ve been there.

Also, trying to get in and out of your neighborhood might be next impossible.  Okay, these guys might not have to deal with that since they don’t live in the fourth largest city full of paranoid people who watched one too many CNN reports about Katrina but still.

I couldn’t get out of my neighborhood during Hurricane Rita.

Ike, where it actually hit us, I didn’t have that much of a problem.  Instead, I didn’t have a room since I we let one of my sister’s friends crash with us.

Also, why didn’t these two kids complain about the horrible heat and all the mosquitos that happen during the aftermath of a hurricane when you don’t have power and you can’t do anything because your cell phone is dead.

I think the point, I’m trying to make is that I thought that a lot of the storm scenes were romanticized.  And you can argue all you want whether that this was needed or not to make a decent book.  But I’m going to give myself one more ranting point: I get that Jeema’s sister was undergoing critical surgery but who the hell leaves their teenage daughter in the hands of a teenage boy?

Other than that, I really did enjoy this book.  The romance really reminded me of The Swan Princess-which if you haven’t seen is a lovely movie if a bit hokey. And it’s set up is one of my favorite romance cliches to go off on, so that was a point in Magnolia’s favor.

The deep South was also handled in an unoffensive way so point there too.

If you like  sweet contemporary romances, I’d recommend giving this one a try.  Buying it is not going to make you hate yourself.  It’s a comfort read.  However, it’s not my favorite contemporary.