Patty Beagle Presents: I'd Rather Take a Nap 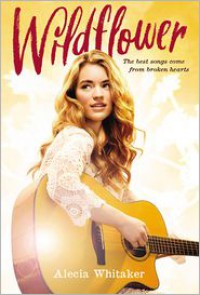 Apparently, I have to review another sucky book.

I don’t get why I never get to review good books.  But MJ says I can only read kick the puppy worthy books.  Books that are so bad, you almost feel bad about reviewing them poorly.

This is my typical reading expression. Obviously, I am NOT happy.

I like country music because it’s normally associated with barbecue, apple pie, and anything yummy (like chicken fried steak).  It seems this book forgets how yummy country music can be and it just made me want to go to Patty sleepy sleep time.

I mean, the plot is pretty simple.  Which isn’t exactly a bad thing if the book had more to offer.  I like simplicity.  But the book lacked spunk, really anything out of the ordinary.  You had a Taylor Swift wannabe who wanted to become a star.  And one snap and then she had it.

Bird you’re going to be the next Miley Cyrus-though I don’t think anyone in their right mind should want to be Miley Cyrus.  She’s forever compromised my view of stuffed animals.  And that’s sad because I love my Ricky Raccoon.

But back to Bird, no struggle to fame.  It was easy peasey.  Just play in your family van traveling round the country and then get a record deal.

It’s odd her family can make so much money  to play full time, even though they have no record deal.  MJ’s dad used to belong to multiple bands, but that didn’t mean that they traveled round the country in the RV.  And he still had to work his day job so that his family could eat.

You know, it’s sad when a Beagle notices the lack of logic a book has.

Same with the whole playing the fiddle versus a guitar thing.  I mean, I know that my human has spent years perfecting one instrument.  You can’t simply pick up another instrument and be Taylor Swift.

And she’s so perfect.  As I was told for three hundred pages.

But not as perfect as me.

I never had to get a requisite makeover scene.  I’ve kept my natural copper ears, big brown eyes, and pretty tri-color coat all my life and everyone at the park calls me cute.  Bird has to get her hair dyed and a lot of spa treatments to make her booty-iful

And you know, everyone including the boy who just kind of pity talked to her before is like oooh Bird you’re so cute.   Even a movie star randomly flirts with her-though that’s a PR stunt but…

I didn’t know getting a beauty makeover could make such a difference.  Obviously, my natural beauty has clogged the power of the makeover idea.

Let’s talk about Bird.  We know she’s pretty (well, now at least) and she’s wonderful.  But what else do we know about her?

I even know more about the Pomeranian next door than I do Bird.

She’s really boring, Bird not the Pomeranian.  I mean, she always does the right thing to the point it’s sickening sweet.  And then when her manager yells at her….but Bird is right of course and gets rewarded by trending on Twitter.

Well, the book makes it seem like the pinnacle of success.

As for the romance…Adam and the actor guy.

Well, the actor guy is an obvious plant.  You can’t even like him if you wanted to.  Because there’s nothing there.

And Adam, he lacked a personality.  Before Bird got hot he only sort of pity liked her.  Well, it came off as pity like.  And when she became hot he totally cried even though

she had a good reason for doing what she did.

He’s such a weasel breath.

MJ really wanted to give this book a higher rating.  It really wouldn’t have been that hard.  All Bird had to do was to have a semblance of a personality and not obsess over a dead fish.

Overall Rating: It fails to amuse me.  F.