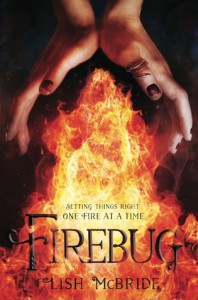 The first thing I want to address is an Ebola joke?

Show some sensitivity, editors.  There is currently an Ebola epidemic going on killing seventy percent of the people it infects in multiple countries in west Africa.  Having a teenager talk about how she’s going to fake it to get out of a social engagement is probably not the best idea.

Out of all the diseases out there you had to go with that one.  Suggestion: next time go with a plain old sinus infection.

That being said I really just couldn’t get into this one which is sad.  That premises is made of awesome and I wanted to love the book.

However, it was like a lot of guys on online dating sites.  Look perfect on paper, when you meet them in real life they’re just weird, awkward, and kind of sleazy.

The book wasn’t that sleazy though.

I think one of the things that didn’t work for me is I couldn’t connect to anything.  Not any of the characters, not the setting, or the story.

The main character Ava seems like she could be interesting.  But I couldn’t get into her head enough (even though this was first person) to really like her.  Plus, she’s TSTL.

Okay, don’t believe me?  Let me ask a question: If a mob boss asked you to kill a guy at said mob boss’s club you’d:

B) Agree, but secretly plan not to kill him.

C) Just nod your head and get a drink.

D) Outright say no and begin to insult her.

No common sense that one.

But it’s a guy she likes, MJ, and she’s a teenager?

My answer: She’s been working for the mob for awhile, she should know better.

And really going to the secret lair?  I get that it was a surprise by her obvious douche of a boyfriend, but fake a sinus headache already.  It’s a lot more believable than Ebola.

The side characters aren’t that much better.  They seem underdeveloped.  Even her mob friends are just sort of vanilla.  I guess the one character that has just as much development as Ava is Venus, the mob boss.

For a mob boss, Venus is pretty weak.  I mean, she openly lets Ava insult her and rewards her with only a mere slap.  Even Sonny Corinthos would’ve broke a finger.

I get that this is YA, but I’ve read YA that is a lot grittier than this and if you’re trying to have a mob boss have her act like a mob boss.

The plot itself is also pretty weak.  It’s obvious the Duncan character is really a plot device at best, since we barely see him interact with Ava.  And honestly, the half of the book I read of the book spent about eighty pages on the setup alone so there really wasn’t much plot to talk about.

It might improve though, but I just decide to bow out of the book before it drove me crazy.

In a way, this is the sort of book that gets to me the most.  So much potential but then the execution is just meh at best.  I’ll give it this it wasn’t rage inducing horrible.  It was just boring.  And for a book that’s suppose to be about the mafia with magic.  That’s just unacceptable.

Overall Rating: C-/D+ while written decently, this book just didn’t work for me.  Maybe it will work for you.  I just don’t know.